So19 talks with MAUD CASEY 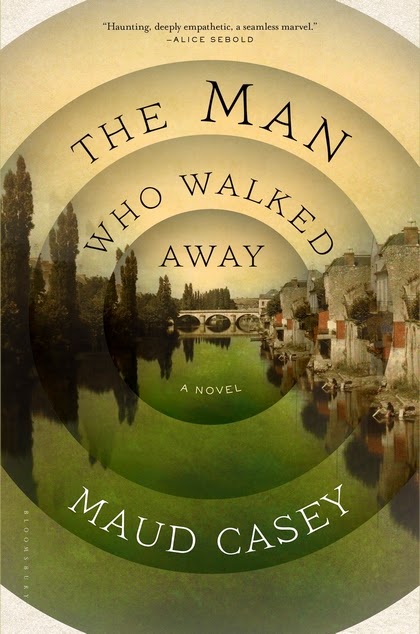 Maud Casey’s The Man WhoWalked Away (Bloomsbury, 2014) is a delightful paradox. It’s a book that reflects on the treatment of intractable mental illness, set at a time when such treatment was often useless at best and damaging at worst. Yet it’s also a profoundly joyous book: dryly humorous, affectionate, and filled with a sort of tender celebration that exists side by side with (and in part, because of) its various moments of anguish and sadness. Its treatment of history reflects a similarly delicate balance, with a wealth of 19th century details juxtaposed against a dreamy timelessness. Casey is the author of two previous novels, The Shape of Things to Come, a New York Times Notable Book, and Genealogy; and a collection of stories, Drastic. She is the recipient of the Calvino Prize and has received fellowships from the Fundación Valparaiso, Hawthornden International Writers Retreat, Château de Lavigny, Dora Maar, and the Passa Porta residency at Villa Hellebosch. She teaches at the University of Maryland and lives in Washington, D.C.; you can find out more about the author and her work at www.maudcasey.com. It’s a true pleasure to speak with Casey about her novel, her process, and the 19th century.—Suzanne Fox


So19: You have something of an affinity for actual 19th century figures who exist somewhere at the boundary of mental illness. (That’s a compliment, in case it’s not clear.) Albert Dadas as one source for The Man Who Walked Away, the stigmatisee Louise Lateau as a preoccupation in Genealogy….what do you think it is that attracts you to this type of figure, in the 19th century or generally?

MC: Yes, for sure (and thank you). That part of the 19th century when psychiatry was staggering into existence is of particular interest to me. Every case narrative is a story attempting to give shape to the chaos that is a life (the patient’s) and says a great deal about the mind (the psychiatrist’s) doing the shaping. They read like mini-novels!


And “at the boundary of” is a great way of describing the psychic space that is particularly compelling to me, in the 19th century and in general. That blurry boundary between well and not well, that border between mentally ill and not has a certain fluidity. It’s dynamic and ever shifting. What drew me to Albert Dadas and Louise Lateau is the extremity of their situations, which, in addition to being riveting, makes for good fiction. The way the world overwhelms each of them manifests itself so imaginatively and so heartbreakingly—endless wandering, regularly scheduled bleeding. Add to that the bizarro stew of scientific, religious, and psychiatric speculation about what might be going on and all sorts of questions arise, the sort of questions I could, and did, ruminate on for years. And years. And, um, years. I’m still ruminating!

So19: You cite Ian Hacking’s book, Mad Travellers, as introducing you to Albert Dadas. How did you come across Hacking’s work? How did you go about researching from there?

MC: I got very interested in the history of psychiatry while working on my last novel, Genealogy. At the beginning—and let’s face it, now—there was a lot of well-intentioned and not-so-well-intentioned crashing around in the name of understanding that elusive and poignant beast, the mind, and its unraveling. So I went down the rabbit hole. At a certain point, I think I developed a reputation among friends and family as being interested in that stuff so when my mother came across Ian Hacking’s Mad Travellers, she passed it along to me. So: thank you, mom. Hacking’s book is a marvel of nuanced thinking about a really complicated subject, and I owe an enormous debt to him. The translations of the sessions of hypnosis between Albert Dadas and his doctor, in particular, were revelatory.

As for research, Hacking’s bibliography was a great guide so I began there. Ultimately, as much as I would have liked to read and read and read, once I started writing, I had to find a way to unhitch from history. What I mean is I wanted to create a fictional world that was in conversation with a historical moment but whose characters, while very much inspired by a 19th century psychiatric case study, were largely imagined.

For example, the asylum where Albert encounters the Doctor is an invention that grew out of reading I did about moral treatment, particularly as defined by an English Quaker named William Tuke in the 18th century. Tuke founded a place called the York Retreat in opposition to the harsher treatment employed by other asylums at the time. The York Retreat was a beautiful country home with a high staff to patient ratio and an emphasis on rest and spiritual development. Tuke often referred to the patients and staff as a family. In the early 19th century, Tuke’s grandson, Samuel Tuke, wrote about the retreat and used the term “moral treatment” so it was part of the psychiatric conversation in the 19th century as well. There was even discussion of stillness, as an aspiration, at the York Retreat, which seemed particularly resonant for a story about a man who can’t stop walking. I think sometimes fiction can work as wish fulfillment and maybe that’s how I arrived at the asylum in the novel (though, to be clear, the real Albert Dadas’ real doctor treated him quite well).

I tend to think historical fiction is a big tent, with room for all manner of imagining one’s way into history and imagining within history, and I’m inclined as a writer toward wedging my imagination into more obscure historical corners to see what happens at the intersection of fact and fiction. A few novels of this ilk that I’m really fond of include Kathryn Davis’ Versailles, narrated by the soul of Marie Antoinette, and Monique Truong’s The Book of Salt, born from two lines of The Alice B. Toklas Cookbook in which Toklas mentions the Vietnamese chefs she and Gertrude Stein employed in Paris. (Truong’s novel is narrated by a Vietnamese chef Truong has invented, who lives with a fictional Toklas and Stein in Paris.)


There was also an element of wanting to have my cake and eat it too—I wanted the novel to have a fairy tale sensibility, a timeless, eternal quality, while also being clearly rooted in a historical moment with all of its cultural, social, political freight. Then there’s the fact that I wrote this novel from a contemporary perch, a different historical moment in which I’m fully immersed, inextricably entwined. To brutally extend the metaphor, my contemporary perch is like a café whose cultural, social, and political atmosphere, in which I’m trying to have my cake and eat it too, infuses the novel in ways I can’t even know.

So19: All of the characters without exception are vividly particular, but several—the Director, the Doctor, the Great Doctor—are named only with their roles. When in your process was that decision made? Did it pose any creative or stylistic challenges?

MC: This is related, in part, to the aforementioned cake I wanted to have and to eat too. I wanted to unhitch the story enough from the particular history to achieve a certain fairy tale sensibility, but not so much that the characters floated without a historical context. I wanted to gesture to the real historical figures while also featuring the invention, if that makes sense. It seemed important to give Albert a name and so he was Albert from the start. I think the impulse to call him just Albert, not Albert Dadas, also had to do with respect, distancing my character from the real historical guy.

The Doctor was always the Doctor. I wasn’t sure why I was doing it at first but over time it started to make sense—in terms of accenting his doctorhood and what that designation brings with it in terms of power, and also, as with Albert, wanting that same remove from the actual historical figure.

The Great Doctor was the easiest moniker to settle on. A wonderful detail about Jean-Martin Charcot, upon whom my character is based, is that he once claimed he could receive letters addressed only to The Great Doctor, Europe. There’s something almost—almost—charming about that kind of narcissism. Charcot did a lot of really good things for medicine, including his significant work in the field of modern neurology, and then there’s the three-ring circus he created with his resurrection of hysteria as a diagnosis, which had its big, big problems, particularly for the women in his charge. For the record, he really did have a pet monkey who dined with him and his wife. Another strange detail about Charcot—in the eerie, sad sense, not in the goofy monkey sense—is that Charcot’s son, Jean-Baptiste, was a polar scientist who died when his ship, the Pourquoi Pas? (the Why Not?), wrecked in a storm off of Iceland. The name of his ship is an inspiration and a heartbreaker.


So19: The novel’s voice is extraordinary. It feels at once lyrical and grounded, timeless yet rooted in its particular place and time—for example, references to things like the fact that while the railway is “spiderwebbing” its way through the landscape, it is still not unusual to see people walking across distance. Can you talk about the process of finding that voice, or just your process of drafting and revision generally?

MC: Thank you! Like the psychiatrists in the early days of psychiatry, there was a lot of crashing around for me. A lot.

The part that came first and most intuitively was the sections from Albert’s perspective. This is thanks to those appendices in Hacking’s book where there are translations of Dadas’ own accounts of his wanderings. His voice is very lyrical and repetitive. There’s also a really odd and delightful sense of wonder in his tone—that’s the way I read it at least—as if he is describing someone else’s great adventure. Yet another escapade! He actually says that.

I began at the sentence level, with those phrases that repeat in Dadas’ accounts, and progressed like that, very slowly for a long while. Sentence to sentence to sentence, finding the rhythm of his voice. The most difficult part was leaving that voice so that I could build the world to contain it, and then finding the tone and sensibility for the sections from the Doctor’s perspective. There were many, many, many drafts. If I lined them all up end to end I imagine they would cover the miles and miles and miles that Albert walked, which seems just right. 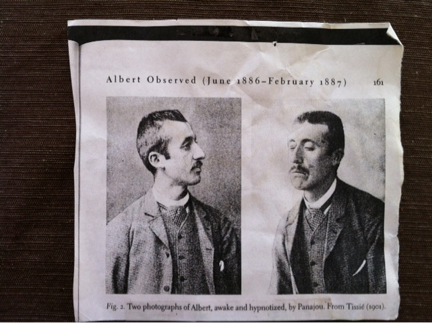