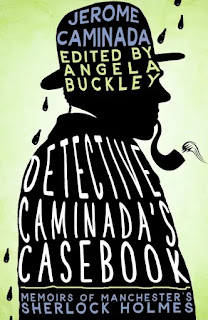 The first part of my chat with Angela Buckley, which you can read here, focused primarily on Amelia Dyer and the Baby Farm Murders, Buckley's study of a fascinating if profoundly sinister female perpetrator of crime. In the second part of my interview with the "Victorian Supersleuth," we move on to her books about male policemen, which figure in different volumes as both investigators and victims. You can find Angela's books on Amazon's US and UK sites and on Bookshop.org. As always, check out her website and blog and visit her Facebook, Twitter, and Instagram pages for more information on her work. With thanks again to Angela for her rich, thoughtful responses, here's the remainder of our chat.
Q. I’d like to circle back to a more general question. How did your focus on Victorian crime, underworlds and detection come about? Is it related at all to your interest in genealogy?

A. Yes, it was my own family history which lured me into the Victorian underworld! I started researching my family’s past during a career break about twenty years ago and I soon discovered that many of my ancestors had broken the law. Subsisting at the bottom of Victorian society, they committed crimes such as petty theft, drunken and disorderly behavior, and even swearing on the highway! When I turned my attention to my roots in my home city of Manchester, I made an astonishing discovery: my 3-x-great-grandfather was a notorious brothel keeper right in the heart of the crime-infested slums in the mid-19th century. After that, I delved deeper into crime history and have remained fascinated by it ever since.
Q. The historian Mary Hartman, whose Victorian Murderesses helped drive my own fascination with 19th-century experience, notes in her book that she focused her study on criminal trials because they bring so much that is otherwise hidden—documentary evidence, firsthand accounts of private behavior, even popular opinion—to light. In other words, the history of crimes and trials is inevitably also broader social history. Does that feel true to you, and/or relevant to your books?

A. That is completely true for me too. I find that crime history offers real insight into society in the past, whether it’s through the experience of individuals who were victims of crime, perpetrators or the police and other authorities. Each person has an intriguing and important story and I feel that it’s important to share these long-lost histories as they shed light not only on the past, but also on the present, as basic human emotions and actions don’t change so much over time. Crime history also opens up so many further areas for study, such as customs and behaviors, innovations and technology, and changes to the law, all of which had an impact on the actions of individuals and on the attitudes of society as a whole. There is always so much more to learn!

Q. Several years ago, you and I talked about your book The Real Sherlock Holmes: The Hidden Story of Jerome Caminada. You’ve more recently edited Detective Caminada’s Casebook: Memoirs of Manchester’s Sherlock Holmes, which assembles key cases from Caminada’s 1895 memoirs. Tell us how that book further illuminates Caminada’s work and personality.

A. In the casebook I’ve selected Detective Caminada’s most interesting and illuminating experiences, as expressed in his words, rather than mine, which offers readers the opportunity to hear his voice. His memoirs, which were published in two volumes, are very long and can be rather arduous to read, as they were written in the dry, factual style typical of 19th century detective autobiographies. However, there are real glimpses of Caminada’s personality and humor, as well as his humanity—despite his stern exterior, he was a compassionate man and a campaigner for social justice in his own way. The memoirs don’t contain much personal information, as they were work diaries, so there is more about Caminada as a family man in my biography of him. I think the two books work quite well together to give a more rounded view.

Q. Working with nineteenth-century texts is always interesting and sometimes challenging. How did you go about creating an anthology of highlights from Caminada’s memoirs? What kind of research, selection, editing and/or annotation was required?

A. Selecting the cases was quite easy, as I chose them based on how interesting they are for a modern audience. I tried to include a good range of different types of crimes, to give a more comprehensive view of 19th century Manchester and its shady inhabitants. The biggest challenge was deciding which parts to edit out as, in his memoirs, Caminada wanders off topic quite regularly and includes information that was not only irrelevant to the case, but also quite inaccessible for today’s readership. There are also references to the physical appearance of individuals which I feel uncomfortable with, as he used language which I consider to be unacceptable and unnecessary. I tried to be judicious in my deletions, though, and not to undermine the original narrative by editing too much.

Q. Following Amelia Dyer and the Baby Farm Murders, Who Killed Constable Cock? A Victorian True Crime Murder Case is the second in your Victorian Supersleuth Investigates series. How did you learn about the 1876 gunshot murder of this Manchester constable? What aspects of the case were most powerful in inspiring you to write about it?

A. Location is always a powerful driver for me, and I like to check out any historical crime cases in the places where I’ve lived or visited. I was reading a true crime book about where I grew up in Manchester when I discovered that a young police officer, Nicholas Cock, had been murdered a few yards from my family home. This was my inspiration and I immediately wanted to investigate this case. For me, this particular crime case was very poignant as I know every location, including the spot where PC Cock fell. Even though I lived there a century after the event, I have drunk beer in the same pubs as the alleged perpetrator and I’ve walked the same road as PC Cock did on that fateful night. This was very powerful, and I enjoyed rediscovering my childhood home. This case feels even more personal to me than the exploits of Detective Caminada.

Q. Am I right in thinking that the constable’s murder occurs at a time when policing and detection practices are undergoing substantial change? On the one hand, you have fledging use of things like footprint analysis; on the other, constables walking their beats can still only communicate with each other, or raise alarms, via whistle.

A. That’s right, and the 1870s was a pivotal time in the history of crime detection. By this time, detective departments had been in operation for some forty years, and basic crime detection strategies such as following leads, interviewing suspects and looking for evidence were quite well established. Police detectives had many skills and innate characteristics such as local knowledge and the ability to create links in the chain of evidence, but they were also starting to gather evidence in a more systematic and scientific manner. Footprinting, which was the basis of the evidence in this case, had been used for some time and methods of casting footprints for analysis and comparison had already been developed. I find it interesting that Superintendent Bent (who was not officially a detective) simply compared the print with the boot and that was sufficient to secure the conviction. I love the detail that he covered the print with a box when it started to rain!

Q. Superintendent James Bent, the constable’s superior officer and a central player in the story, is a fascinating and complex figure. Could you tell those who haven’t yet read the book a bit about him? How does he reflect—or break—the norms for detection and policing of his time?

A. Superintendent Bent was a county police officer, and the county forces didn’t generally have dedicated detective police officers at this time. As in this case, serious crimes were investigated by divisional superintendents, who would have had experience in crime detection but who weren’t experts. James Bent is a particularly interesting individual as his career spans the history of 19th century policing. Typical of Victorian police officers, he came from a working-class background; he began his work in a silk mill at the age of seven. After the new police professional police forces were formed in the late 1830s, he joined the Lancashire Constabulary—his father had been a night watchman in the old police force, which makes for an interesting comparison. Bent worked his way through the ranks to become superintendent. Like Caminada, he published memoirs that include all sorts of lively and fascinating anecdotes, including tales of battling with striking colliers, uncovering all kinds of innovative frauds, as well as working on murders such as that of PC Cock.

Also like Detective Caminada, James Bent was a complicated figure. On the one hand, he was quite hard-line – his favorite adage was ‘Always believe everybody guilty until you prove them innocent.’ But despite this, and his reputation for being quite harsh towards subordinate officers, his memoirs reveal his caring personality and social conscience. He recounts his experiences of meeting families in Manchester who were living in extreme poverty and his descriptions are deeply personal and quite harrowing. Such experiences moved him to establish a soup kitchen at his main police station in Old Trafford; from there, over the decades, he and his colleagues fed thousands of hungry people in the city. Superintendent Bent died in service after over half a century of policing his local area, and is remembered today for his care for the poor.

Q. Tell us a little about what you’re working on now.

A. My writing about Detective Caminada and Superintendent Bent inspired me to undertake further research into Victorian policing. I’m currently studying for a PhD in detective history at Oxford Brookes University. My doctoral research focuses on the evolution of detective practice in the English cities of Liverpool, Manchester, and Birmingham. I’m halfway through my thesis and I’ve already found so many new crime cases and detective tales, which have been long buried in archives, and which I hope to share with readers in the future. I plan to finish my studies next year and I have plenty of ideas and material for new books after that. In the meantime, as The Real Sherlock Holmes has now been published in paperback, I’ve been re-investigating some of Detective Caminada’s cases based on new research. I plan to present them as a podcast series next year. 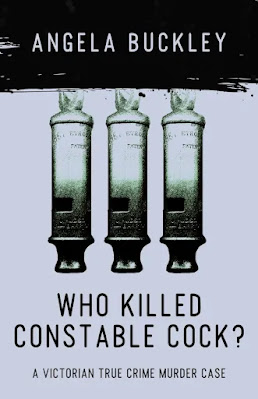