Written by a variety of scholars, the British Library's Untold Lives blog highlights quirky historical moments, images, documents, and, of course, people in richly illustrated mini-essays that range from the heartbreaking to the hilarious. The list below synopsizes just a few of my favorite C19-related posts from this extraordinary resource. 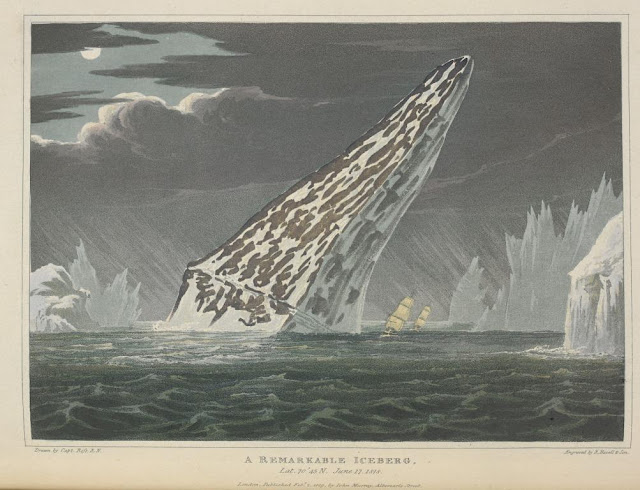 1. The Bookbinders' Provident Asylum is built in 1843 to provide a refuge for aged and incapacitated book trade workers and their widows, as well as "females who have worked at the business for at least ten years."
2. Savvy self-promoter "Professor" Frederick Browne makes clever use of advertisements, handbills, and issues of Professor Browne's Toilet Almanack to publicize his hairdressing innovations, which included an "invisible peruke" and the "Concave Slanting Scurf Brush," a hairbrush designed on "peculiar and scientific principles" to free the hair of "dandriff."
3. After challenging his uncle Joseph Mallord William Marshall's will, his namesake, the renowned painter J.M.W. Turner, inherits properties including a public house called The Ship and Bladebone.
4. In 1866, Ira Aldridge, a Black tragedian, plays Othello in Istanbul's first English production of Othello; though Alridge speaks in English, the rest of the cast performed in French.
5. Attesting to the Victorian fear of premature burial, Hans Christian Anderson keeps a note by his bedside assuring anyone who finds him that he was "merely in a state of suspended animation" and leaves instructions in his will that should he be deemed to be dead, his veins should be opened before burial just to make certain he's gone.
6. When a man in a soiled white shirt arrives at a police station in Bombay, he can remember some facts about himself—he "had lived in Gibraltar for some time and knew a clergyman called Addison"—but not his name or where he had been. Possibly using information from the number on his shirt, London's India Office eventually discovers his identity.
7. Born a mill worker's daughter under the name Annie Riley, mesmerist Miss Anne de Montford, billing herself as  "the wonder of the age" and claiming that "mind governs the world," gives frequent public performances of her powers in the 1870s; like today's hypnotists, Annie often "created much merriment" by bidding the subjects under her command to perform "vagaries...of a most ludicrous character."
8. Conjurer Henry Evans Evanion, whose advertisements of "Something New Under the Sun" promise "Startling and Extraordinary Illusions, Laughable Ventriloquial Effects, & Necromantic Effects," entertains a royal party by pulling items including a large bowl of fire from under his coat.
9. The deaths of over fifty thousand men during the battlefield defeat of Napoleon's army in 1815 give denture makers a welcome supply of healthy young teeth to work with; for several decades, teeth stolen from the mouths of any dead soldier will be known as "Waterloo Teeth."
10. The 1850-1851 household accounts of Charles and Charlotte Canning, affluent residents of Mayfair, reveal expenditures including the purchases of a "silvered globe," a subscription to Hansard’s Parliamentary debates, a "patent wine cooler," dueling pistols, and "items such as quinine tooth powder... soap (both Pears and Castile) and sponges" acquired from J&E Atkinson of New Bond Street.
11. Edward Lear's beloved feline, Foss, "was evidently a lively cat who was caught shredding Lear's letters and stealing slices of toast from visitors." In another pet-related post, John McCosh, an East India Company surgeon in Assam in the 1830s, reports that his pet porcupine had "a large share of courage," adding that when confronted by the household's dogs, it just "ran to the nearest corner of the room and spreading out its quills, so as to fill the corner, looked back at its persecutors with cool contempt."
12. Margaret Makepeace, the Lead Curator of the British Library's East India Company Records, rightly but politely describes the handwriting in a letter from Queen Victoria to her Secretary of State for India as "challenging."
13. At an 1850 meeting of the Board of Poor Law Guardians for St Marylebone, a board member enquires if pigeons are being kept at the Marylebone Workhouse. Among the other revelations arising from the vigorous discussion that followed, which eventually led to fisticuffs in the street, it was discovered that late workhouse master James Jones had "kept the pigeons to send to the races to bring back speedy news of which horses had won so that safe bets could be made accordingly."
14. The "Satirical" (as opposed to "Sentimental") section of E.M. Davies' Love Lyrics and Valentines Verses for Young and Old includes ditties entitled "To One Oblivious of the Letter H," "Mangling the Baby," "My Piscatorial Love," "How Are Your Poor Feet?" and "Lines to A Cod-Eyed Spinster." All, the author assures readers, will allow them to "indulge in a little harmless satire without descending to vulgarity." And speaking of pests, in the first edition of the Calcutta Journal of Natural History, published in 1841, Oxford entomologist Frederick Hope solicits information on questions including number 38, "From what quarters chiefly do clouds of locusts come?"
15. Born in 1879, book collector Charles Reginald Dawes (1879-1964) left most of his notable collection of erotica to the British Library. Apparently "the bequest was collected overnight and ‘carried reverently’ into the museum at six o’clock one summer morning."
16. Published in 1813, Walter Thom’s Pedestrianism; or An Account of the Performances of Celebrated Pedestrians during the last and present Century celebrates the achievements of competitive walkers including Captain Barclay Allardice, who in 1809 walked 1,000 miles in 1,000 consecutive hours fitted out in gear including "strong shoes and lambs-wool stockings."
17. While searching for the fabled Northwest Passage in 1818, Captain John Ross muses on the form, shape and power of ice and illustrates several truly "remarkable icebergs."
18. Sailing to Borneo in 1855, 15-year-old Henry Nicholetts writes in his journal that "The ship rolling a good deal...tea cups tumbling over; legs of mutton bounding down the table; ladies falling into gentlemen’s arms."
19. The 1890 publication A guide to proper remedies for common ailments, and the use of surgical appliances. Designed expressly for persons going abroad, residents in India and the Colonies; heads of families; clergymen and others unable to obtain medical assistance notes that Kirby's Cocoa Wine is a "powerful sustainer of energy" and as such is particularly useful for "Clergymen, Public Speakers, and others, engaged in exhausting work of any kind." 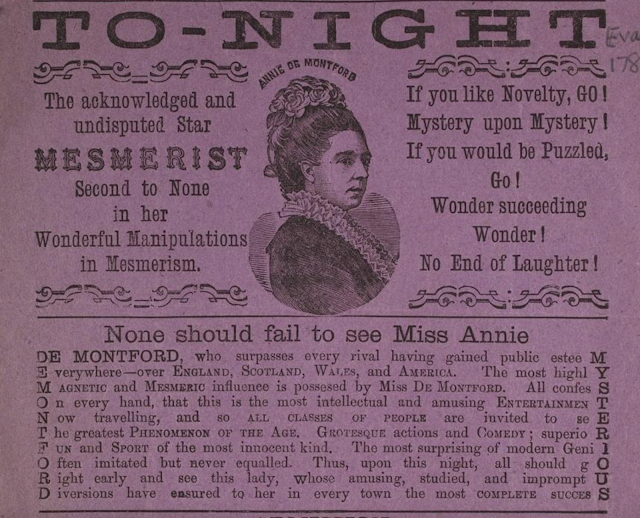