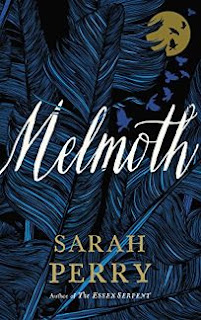 As I said when I reviewed it for Publishers Weekly last year, "the successor to Perry's 2016 The Essex Serpent is an unforgettable achievement." Beginning with a mysterious death and an even more mysterious folder of material, it explores human evil and complicity, the power of witness, and the ways we do and do not forgive ourselves for our wrongdoing. Perry's novel is very loosely inspired by Charles Maturin’s intricate 1820 novel, Melmoth the Wanderer, but she makes the material triumphantly her own; among other things, she reinvents Maturin's male Melmoth as a female figure. Her Melmoth a specter that, folk tales tell, was among the women who glimpsed the risen Christ. After denying that what she saw was God, she is cursed to wander forever, seeking out the wicked and bearing witness in the hopes that doing so will gain her redemption. As Perry imagines her, Melmoth is at once terrifying and pathetic, full of longing and the loneliness of one cut off from all companionship by her guilt. As Perry said when I interviewed her, also for Publishers Weekly, she wrote the book as a "direct and unapologetic comment on our times," particularly but not exclusively the shootings and refugee crises unfolding as she drafted it. Refracting that focus through a timeless figure and fraught moments in history, she achieves a book that feels both intimate and sweeping. You can see my PW review here, read my interview with the author here, and buy the book on Amazon or at your indie bookseller.