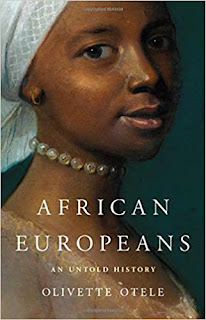 Though it's not confined to the 19th century, Olivette Otele's excellent African Europeans: An Untold History illuminates and challenges our assumptions about Victorian Europe in fascinating ways. The book looks at the widespread presence and changing perceptions of people of African descent in Europe from ancient Rome onward, exploring their vibrant contributions to European culture as well as the various ways ideas of race, identity, otherness and freedom were constructed and reconstructed over time. Through many of the centuries about which she writes, European society (though certainly othering and exoticizing people of color) generally considered an individual’s religion more telling than their race, marking Muslims and Jews out for horrifying persecution but allowing some persons of color to attain influential positions; not until the rise of the slave trade, which fueled and was fueled by notions of African inferiority, did today’s sense of race as the defining marker fully take hold. Equally important, Otele traces the varied ways those of African descent attempted to negotiate existing attitudes and power structures. Otele is a gifted storyteller as well as a shrewd and thoughtful analyst. She vividly evokes the lives and characters of better-known figures—onetime slave and slavery apologist Jacobus Capitein, for example, or Baudelaire's Haitian-born “mistress of mistresses” Jeanne Duval—she also speaks tellingly about those on whom little historical fact has survived. Her scrutiny extends beyond her subjects’ lifetimes, exploring the ways the perception of each changed over time. Otele's book is an absorbing, thought-provoking read and a valuable corrective to centuries of narratives that define European culture entirely in terms of white achievement.
African Europeans: An Untold History appeared from Basic Books in May 2021 and is available for purchase on Amazon, Bookstore.org, and other platforms now.
Email ThisBlogThis!Share to TwitterShare to FacebookShare to Pinterest
Newer Post Older Post Home